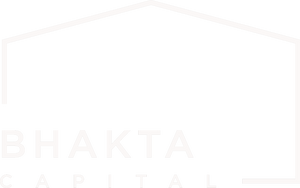 We work to uncover hidden, under-the-radar markets ripe for investing in franchised, limited-service and select-service hospitality assets with the aim of delivering superior, risk-adjusted returns across market cycles.

We aim to identify the most resilient local niche markets by leveraging private and public data sources that give us a data-driven edge and the ability to canvass and systematically underwrite every possible micro-region and neighborhood across the country, uncovering the most relevant opportunities and ultimately identifying key sites and prospects of local operators and owners.

We bring our extensive development, acquisition, and operating experience in the hotel industry to execute on the most compelling opportunities to acquire, invest in, and operate these hotel assets efficiently and effectively.

We act like an owner, because we've been owners of these hotels for the past 25+ years, maintaining financial discipline and operational best practices to profitably weather numerous ups and downs, volatile market cycles, and extended periods of uncertainty, all while continuing to deliver strong, consistent returns.

Our partners bring over 60 combined years of hospitality operations and real estate experience, having been involved in over $3 billion of hotel transactions globally, along with 20 combined years of technology and data science experience at Stanford University, Amazon.com, and extensive involvement with Silicon Valley startups leveraging AI and machine learning.

Parth is responsible for overseeing the data analysis efforts, chairs the investment committee for new hospitality projects, and directs the equity and debt capital formation activities at Bhakta Capital. He has worked in the hospitality industry since age 14 when he inherited ownership of a Hampton Inn & Suites property in Palm Desert, California. At age 19, Parth became the youngest sole franchisee in the history of Hilton Worldwide, successfully opening a new Hampton Inn & Suites with his sister Sejal in Blythe, California.

Parth graduated from Stanford University in 2013 with a B.S. in Symbolic Systems and a M.S. in Computer Science. From 2012 to 2015, he was the Co-­founder and Chief Executive Officer of Chatous, Inc., a venture capital backed consumer internet startup with over 35 million users, $18 million in funding, and a valuation of over $100 million. He has been an active angel investor in numerous technology startups and currently serves on the Board of Directors of Unsettled, Inc., a travel experience company hosting co­-working retreats for remote work. Parth currently serves as the Founder and Chief Executive Officer of NurseFly, Inc., an online marketplace in the healthcare staffing industry which was acquired by the $10 billion Nasdaq-listed IAC in 2019.

As a long­time franchisee of Hilton Worldwide in Southern California, he is an active commercial real estate developer and hotel operator, most recently with the new opening of a 93 room Hampton Inn & Suites project in Indio, California. Parth is now launching Bhakta Capital with his partners to scale up data-driven hotel investment efforts across the nation.

Pranav is responsible for overseeing new development & acquisition efforts and joint venture partnerships at Bhakta Capital by building a deep project pipeline through his relationship­-driven network in markets nationwide. His track record includes negotiating over $3 billion of hospitality transactions including asset acquisitions and dispositions, restructurings, debt and equity financings, and new development projects (ground up and conversion). Pranav’s expertise includes performing diligence and developing comprehensive financial analyses for a large variety of hospitality projects in an international context.

Pranav was previously responsible for the market entry of various hospitality companies into India, including the Trump Organization and Vantage Hospitality, and has also helped consult numerous successful hospitality startups worldwide with market caps in excess of $10 billion. He has deep seeded relationships with virtually all the major and regional hotel brands and brings his relationships and industry expertise to help build the Bhakta Capital portfolio.

While in India, he also set up hospitality verticals for various prominent family offices in India, Singapore, and Africa.

In his mid-20s, as Vice President with Molinaro Koger, he had the opportunity to work on the firm's expansion to India, advising on site and brand selection, as well as project feasibility and market studies.

Prior to his role at Molinaro Koger, Pranav was team leader for a disposition of a 892 ­room hotel portfolio with Sperry Van Ness.

Pranav received his Bachelor of Arts and Science in Urban Sociology and City and Regional Planning from the University of California, Berkeley and his Masters in Hospitality Administration (MBA) from the Ecole Hôtelière de Lausanne. He has also completed courses for CCIM (Certified Commercial Investment Manager), and NYU Real Estate School courses in Private Equity Structuring in Real Estate Acquisitions and Development.

Ram is responsible for the data analytics and data gathering infrastructure at Bhakta Capital and also serves on the investment committee for evaluating new acquisitions and ground up development projects. Ram brings his software development background and his expertise in machine learning from his career at Amazon.com combined with his hospitality industry knowledge through Haven Ventures where he has acquired and sold numerous hospitality assets across California, Texas, and New Jersey successfully closing over $60 million in debt and equity placements across his hospitality portfolio.

Growing up with a strong network of family and friends in the hospitality industry, Ram gained an early exposure into all aspects of hotel management. He has become adept at identifying operational inefficiencies and has gained extensive experience in renovating, rebranding, and repositioning hotel assets to maximize value. He has also personally overseen pre­construction activity for various branded hotel development projects.

Ram graduated with a B.S. and M.S in Computer Science from the University of California, Irvine with a research focus on Artificial Intelligence and Machine Learning. His professional experience includes working at Amazon’s Grand Challenge organization, an innovation lab/think­tank exploring disruptive initiatives in new verticals for the company. During his time, Ram has published and worked on the cutting­edge of ML/AI, including publicly launching a machine learning service from the ground up. Ram has witnessed firsthand how AI can be used as a competitive advantage and is passionate about bringing this expertise into the hospitality industry for Bhakta Capital.

Sejal is responsible for hotel operations, construction management, and oversees financial reporting for all new development projects and operating assets at Bhakta Capital. She has worked in the hospitality industry since age 16, with primary ownership and financial oversight responsibilities since age 23 when she inherited the Hampton Inn & Suites property in Palm Desert, California along with the former Hampton Inn in Blythe, California.

Since then, Sejal has successfully started and completed multiple new hotel construction projects, overseeing construction management, funds control, and managing relationships with general contractors and subcontractors to ensure that projects are delivered on time and on budget. She, with her husband Pinank, most recently completed a successful 93 room Hampton Inn & Suites project in Indio, California, and prior to that they successfully developed and continue to operate a new 81 room Hampton Inn & Suites in Blythe, California.

Sejal has successfully hired and trained award-winning operations and management teams at select­-service hotels, resulting in Leadership Circle and Circle of Excellence recognition from Hilton (given to top 10% of properties worldwide based on guest reviews and quality assurance inspections). Under Sejal’s operational oversight, each property has consistently been the top performing hotel in their respective market, and each asset has consistently outperformed cost benchmarks for the asset class through operational efficiencies and cost controls.

Sejal graduated from the University of California, Riverside in 2005 with a B.S. in Information Systems and in 2007 with Masters in Business Administration.

As we all strive forward during the challenging economic times ahead, we are all faced with decisions on how to move forward and chart the best path ahead for our families and investors.

At Bhakta Capital, we seek to provide stability and dependable execution in these uncertain times for hotel owners who may want to now consider opportunities to diversify and evaluate the most ideal outcomes to exit their existing assets.

Bhakta Capital is actively making offers to purchase hospitality assets today. We've been owners and on both sides of countless successful hotel transactions, and we welcome you to get in touch with us to start a dialogue about your hotel assets.

We don't believe in vulture acquisitions and we aim to find fair and equitable, mutually beneficial outcomes based on thoughtful underwriting and attention to the economic conditions ahead.

Please get in touch by email, text, call or scheduling time here:

If you're interested in investing alongside us as partners in new acquisition opportunities that we're currently evaluating, please get in touch by completing this interest form instead: